After dropping Keith in front of Trinity Lutheran Church in Crimora, Virginia—he had elder duty—I parked the car and ambled toward other congregants, saying good morning along the way. Trinity is the original home church of Bethany Lutheran in Fishersville, and it was the first time we had gathered as a congregation in over two months. Due to the partial lifting of Virginia’s stay-at-home order, we were gathering outside for both Sunday service and Memorial Day tribute. 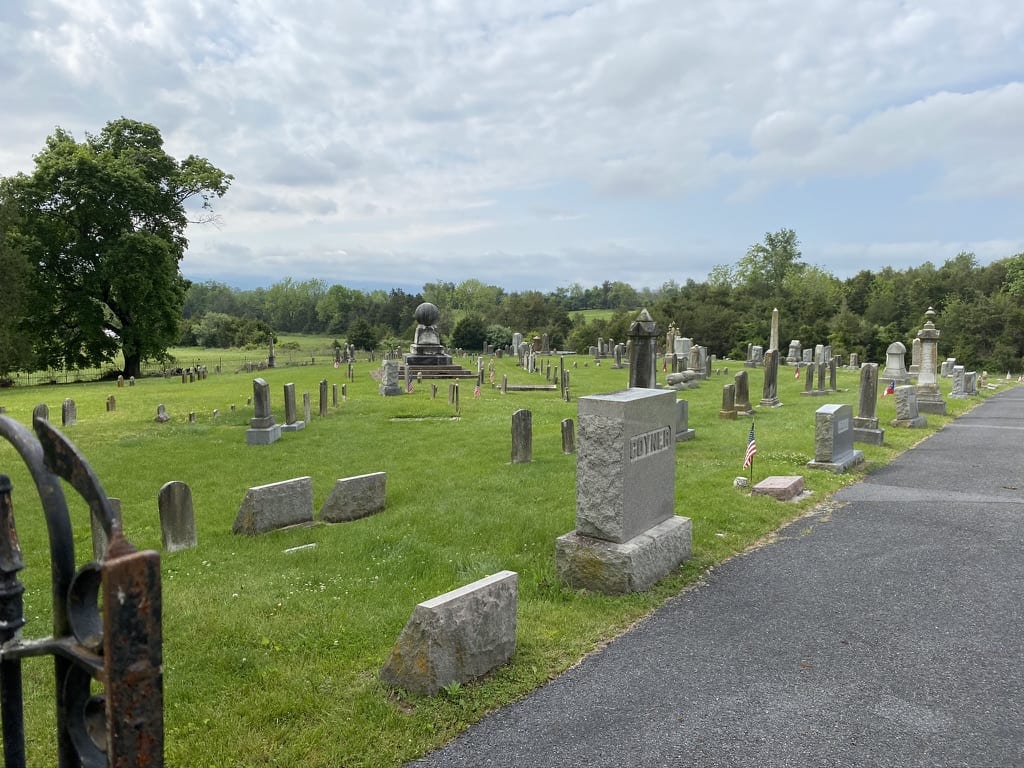 While setting up our folding chairs, I gazed into the cemetery. Flags appropriate to the conflict—the Revolutionary War, War of 1812, Civil War, World War I, World War II, Korea, and Vietnam—marked the graves of those who had served. Since most had survived their military service, I imagined they’d had opportunities to think about their legacies later in life.

The Farewell Address, a letter published in 1796, contained two main points: the importance of national unity—Washington denounced political partisanship and geographic distinctions—and neutrality, that is, diplomatic independence from European affairs. Our country was not prepared to fight another war yet, and in any case, Washington’s prescience led him to believe our nation’s future was on this continent.

Although Alexander Hamilton wrote most of the letter, the ideas were Washington’s, including personal sentiments. During his second term as President, Washington had been deeply hurt by public and private attacks on his integrity and efforts to despoil his reputation. Hamilton eliminated words and phrases that might reveal personal wounds, anger or self-pity.

In an early draft, this paragraph written by Washington appeared near the beginning:

I did not seek the office with which you have honored me… [and now possess] the grey hairs of a man who has, excepting the interval between the close of the Revolutionary War, and the organization of the new government—either in a civil, or military character, spent five and forty years—All the prime of his life—in serving his country; [may he] be suffered to pass quietly to the grave—and that his errors, however numerous; if they are not criminal, may be consigned to the Tomb of oblivion, as he himself will soon be to the Mansion of Retirement.

Hamilton edited the paragraph and placed it toward the end of Washington’s final version:

Though, in reviewing the incidents of my administration, I am unconscious of intentional error, I am nevertheless too sensible of my defects not to think it probable that I may have committed many errors. Whatever they may be, I fervently beseech the Almighty to avert or mitigate the evils to which they may tend. I shall also carry with me the hope that my country will never cease to view them with indulgence; and that, after forty five years of my life dedicated to its service with an upright zeal, the faults of incompetent abilities will be consigned to oblivion, as myself must soon be to the mansions of rest.

As Pastor read the names of our Memorial Day honorees, I wondered what their farewells might have said. How had they wanted to be remembered?