Which story is true? You decide. 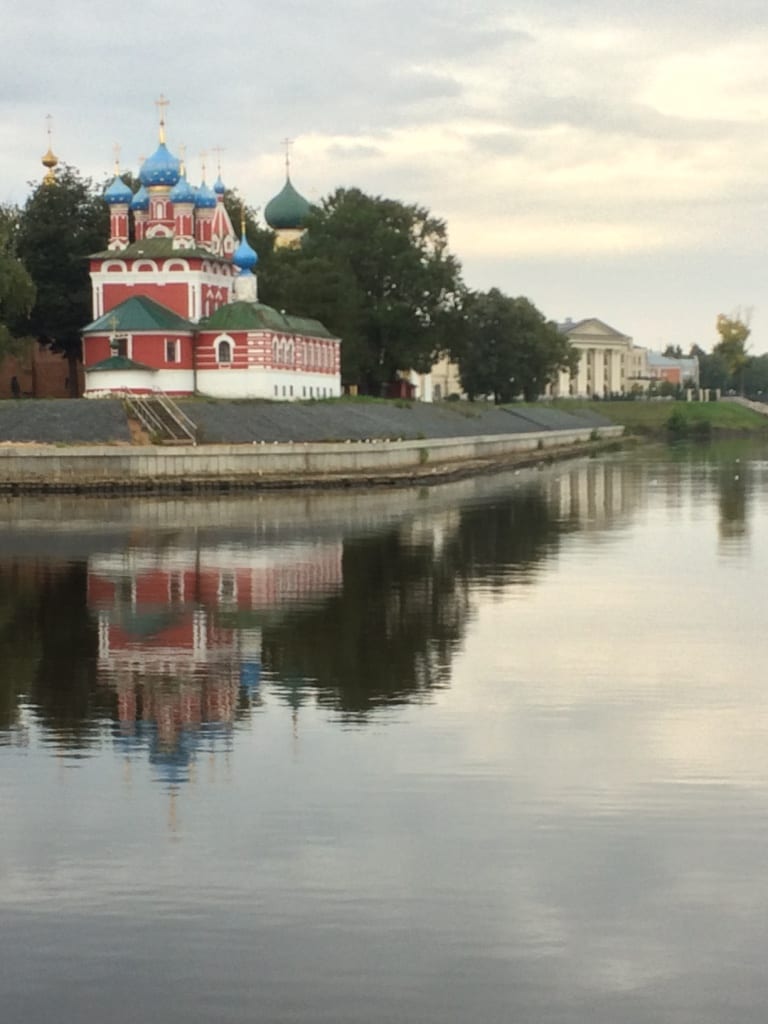 “In Russia, we have the official story and the other story. Which is true? You decide.” So spoke our local guide as we strolled around the Kremlin of Uglich, one of Russia’s Golden Ring cities on the Volga River.

In 1584, upon the death of Tsar Ivan IV (officially the “awesome,” but commonly the “terrible”), a power struggle ensued. Ivan’s enfeebled son Feodor ascended the throne, but in fact his brother-in-law Boris Godunov ruled Russia. Feodor had no heir, but Ivan had a younger son Dmitry, born not long before his father’s death. Though just a child, Dmitry was an impediment to Godunov’s quest for power.

On May 15, 1591, Tsarevich Dmitry was found dead in the palace courtyard in Uglich. Today, on the spot where he died, stands the magnificent Church of St. Dmitry on the Blood shown above. 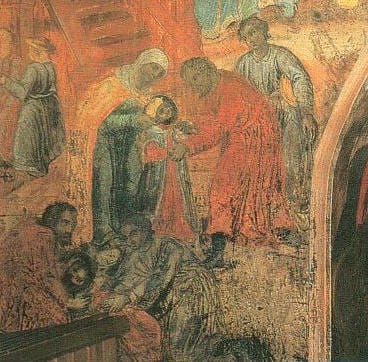 The “official” story was that Dmitry died from a self-inflicted stab wound while playing with a knife, stabbing himself—including slitting his throat—during an epileptic fit. The other story was that Boris Godunov had Dmitry assassinated. This fresco inside the Church of St. Dmitry on the Blood records the story people believe.

Last week in Bible study, our teacher spoke about the miracles and discourse recorded in John 5:1-47. Jesus had healed on the Sabbath, a violation of Sabbath law. When confronted by authorities, Jesus said, “My Father is still working, and I also am working.” (John 5:17)

He also claimed to be the Son of God with God’s power: Indeed, just as the Father raises the dead and gives them life, so also the Son gives life to whomever he wishes. (John 5:21)

Essentially, Jesus asked the people, do you believe your leaders who speak and act according to their own agendas or do you believe me? How can you believe when you accept glory from one another and do not seek the glory that comes from the one who alone is God? (John 5:44)

Do you believe your own truth or the Son of God’s? Jesus asked. You decide.

Russian history is filled with stories of royal assassination, torture, and murder of male family members. Inconvenient females in these families were forced to take the veil and exiled to isolated monasteries. Illegitimate babies born to royalty were sent to remote estates—the children never knew who their parents were. To atone for these “official” acts, royalty ordered the building of fabulously decorated churches.

There was a third story surrounding the death of Tsarevich Dmitry: someone else died that day in 1591 and Dmitry escaped. For a while, supporters of impostors—False Dmitry I, II, and III—asserted their claims.

Which story is true? You decide.