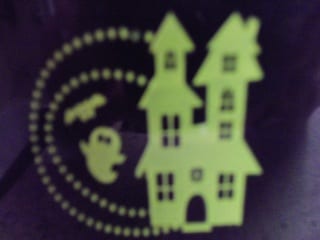 It is a chilly Halloween night in Connecticut, and Paul McCartney sings “Yesterday” on my transistor radio. We neighborhood kids walk the dark rural roads holding flashlights for the younger trick-or-treaters like my sister. At ten going on eleven, she doesn’t need my fourteen-year-old protection. But that excuse allows us teens to hang out and snag some candy even though we’re far too cool to dress in costume.

“I think Peter’s cute,” I say to Karen, a sometime playmate.

She looks at him and says, “Yeah, he is,” as if just noticing.

I scoot close to Peter and say, “Hi.” He doesn’t reply.

Karen saddles to his other side and begins to giggle. He laughs, and she touches his sleeve. After a while, I fall back with the younger kids and watch Karen lean into Peter. He leans back.

“I don’t care if I ever see you again,” I say to him at the end of the evening. I don’t say anything to her because I don’t want to speak to her ever again.

At home, I tell Mother everything. “She only made a play for him because she knew I liked him,” I wail, “and he fell for it. I hate them both.”

Instead of consoling me, Mother sighs and says, “We are our own worst enemies.”

A woman in my Bible Study group said last week, “It’s easy to pray for victims like the people in Nepal suffering because of the earthquake. But how do we pray for looters destroying people’s property in Baltimore or Boko Haram kidnapping school girls or ISIS beheading Christians and fellow Muslims?”

How do we pray for enemies, those who do harm to others?

In Bible Study, we’d been reading the prophets Joel, Amos, Obadiah, Jonah, Hosea, Micah and now Isaiah. The many stories of corruption, exploitation of the poor, jealousy and greed made it difficult not to judge those who “did evil in the sight of the LORD.”

Yet in my jealousy and greed for Peter’s attention, I had done wrong to him – and Karen, too. She hadn’t really stolen him from me – I had no claim – and apparently the attraction was mutual. They dated through high school and college but didn’t end up married to one another. Since our mothers belonged to the same book club, I heard stories of their joys and sorrows, including Peter’s accidental death.

He left a wife and two young children and died without my apology.

I think about Peter and his family. I ask God to watch over them and the people of Nepal, to bring peace and justice to the people of Baltimore, Nigeria, Syria, Iraq, and the members of Boko Haram and ISIS. I pray for forgiveness, and that we do “what is right in the sight of the LORD.”

I pray for my enemies, including myself.