We were settling into an evening of movie-watching when Keith said to me, “By the way, we’re out of peanuts, pistachios, chips and dip. We don’t eat them very often, but all we have for snacks is popcorn.”

“Urgh, why didn’t you tell me sooner?” I scolded. “I went to the store yesterday.”

“I’m telling you now. Why are you always so critical?”

My hackles went up. “I’m not criticizing you.”

We lapsed into silence.

The day after our spat, during my God time walk, I thought about the scene and remembered what Anne Lamott wrote about blame in Help, Thanks, Wow: The Three Essential Prayers.

I pray not to be such a whiny, self-obsessed baby, and give thanks that I am not quite as bad as I used to be (talk about miracles). Then something comes up, and I overreact and blame and sulk, and it feels like I haven’t made any progress at all. But it turns out I’m less of a brat than before, and I hit the reset button much sooner, shake it off, and get my sense of humor back. That we and those we love have lightened up over the years is one of the most astonishing sights we will ever witness.

I felt I’d fallen short for not having what Keith wanted on hand and defended myself by overreacting, putting the blame on him, and sulking. I had criticized him. With this insight, I could hit the reset button next time. 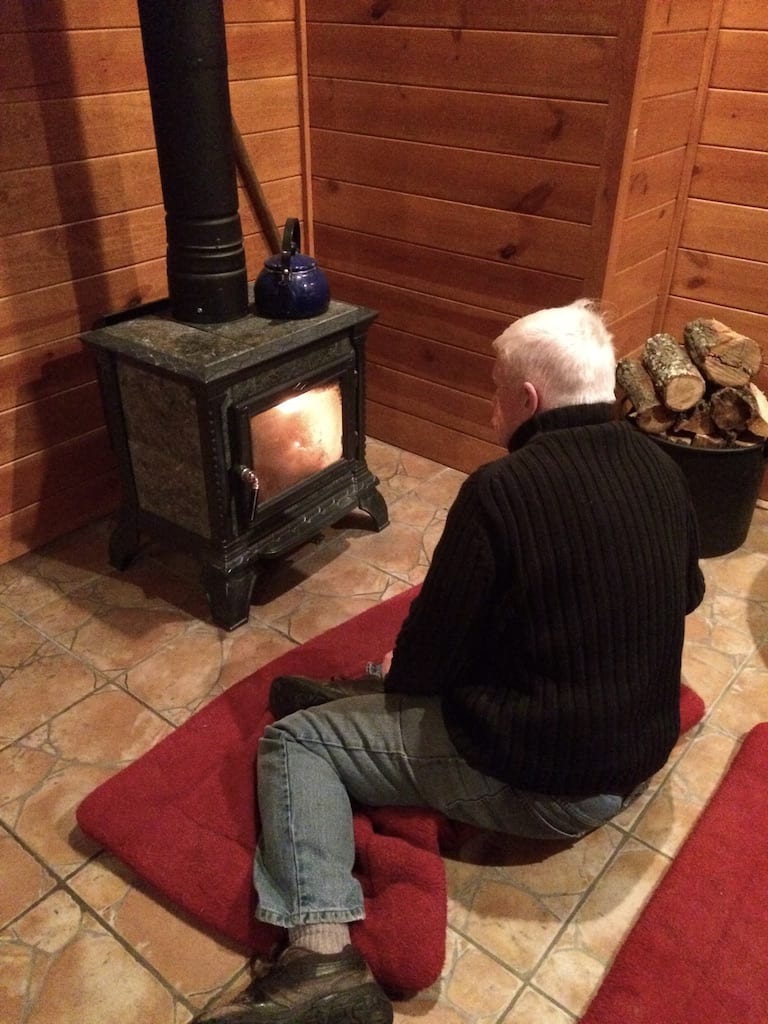 A couple of weeks later, Keith started a fire in the basement stove before another evening of movie-watching. “By the way, we’re running low on popcorn,” he said. “I’m telling you now for next time you go to the store.” I heard his reset and offered mine.

“Thanks to telling me, Sweetheart.” I jumped up. “While you start the fire, I’ll go put popcorn on my grocery list so I don’t forget.”

Yesterday, Keith and I read Tom Junod’s article “What Would Mister Rogers Do?” published in the December 2019 issue of The Atlantic. Junod told the story about a conversation he had with Fred Rogers about a school shooting: eight students in West Paducah, Kentucky shot while gathered in prayer. Instead of focusing on the shootings as an attack on the faithful, Rogers attended to the 14-year-old shooter who had told his classmates he was going to do something “really big.” Rogers said, “Oh, wouldn’t the world be a different place if he had said, ‘I’m going to do something really little tomorrow’?”

It’s the little things, all those astonishing reminders that God loves us just the way we are.