Golden moments on the autumnal equinox

“Stand still,” a mom said to her son as she scooched down and positioned her phone camera. Four-year-old Jeremy* waggled his neon blue and lime green backpack while his two-year-old sister crawled on the floor nearby. “Honey, please get up and stand next to your brother,” Mom said. Two-year-old Emily* obeyed but stood not too close to her waggling brother while their mom took pictures. *Not their real names.

This morning marked the first day of school at Bethany Lutheran Church’s Early Childhood Education Center. A fellow member of the Women’s Ministry team and I handed out goodie bags (aka survival kits) to parents after they dropped off their children. Perhaps because many had already met their teachers and toured the new building, there were few tears among the children, and parents left smiling, though I imagined some wept in private.

Back then my children said, “Oh, Mom…” Now my daughter has a daughter of her own and understands life’s autumnal equinoxes. Equal day and night, golden moments and wistful endings.

From the Encyclopedia Britannica:

This year’s autumnal equinox occurred at 3:50 AM, Eastern Standard Time.

Today is Keith’s daughter Gretchen’s birthday. She would have been forty-three today, but her life ended eighteen years ago. Most of Keith’s memories, like mine, are of golden moments—watching over our children, helping them play well with others and overcome their fears. Teaching them about the seasons of life. 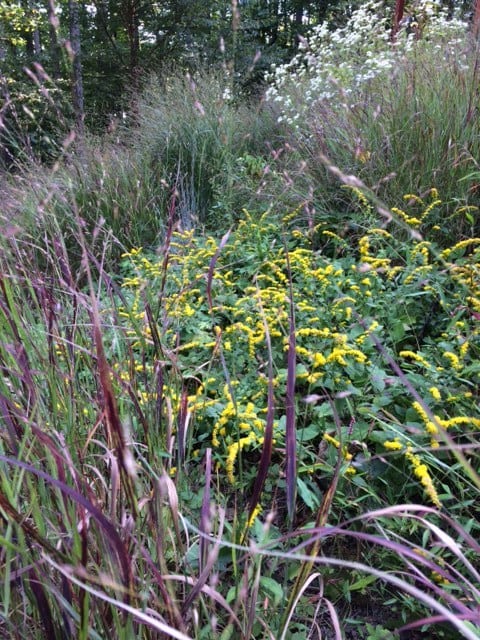 That’s what I thought about after returning home this morning to harvest and water the garden and pull weeds in the meadow. The goldenrod is in bloom now that it’s Fall, marking the end of summer’s purple coneflowers.

The autumnal equinox, the first day of school for Jeremy and Emily and their pre-school classmates. Playing with toys, making friends, and living the season.