Back in the day

“Ask the hotel to get you a taxi to the Conrad Hotel in Admiralty,” my daughter texted. “Ride should be about 30 HK dollars. Conference organizers are very happy for you to join this afternoon and said that you come for lunch—starts at 12:15. I’ll meet you in the lobby.”

The buffet was sumptuous, though I chose to sample the more conventional, soup-and-salad offerings in deference to my DC-to-Hong-Kong jetlagged stomach. Jessica and I claimed two seats at a table with other conference attendees, business men and women bursting with youth and ambition. “This is my mother,” Jessica said. “She’s going to sit in on my session after lunch.”

The young man sitting next to me asked, “Have you been to Hong Kong before?” 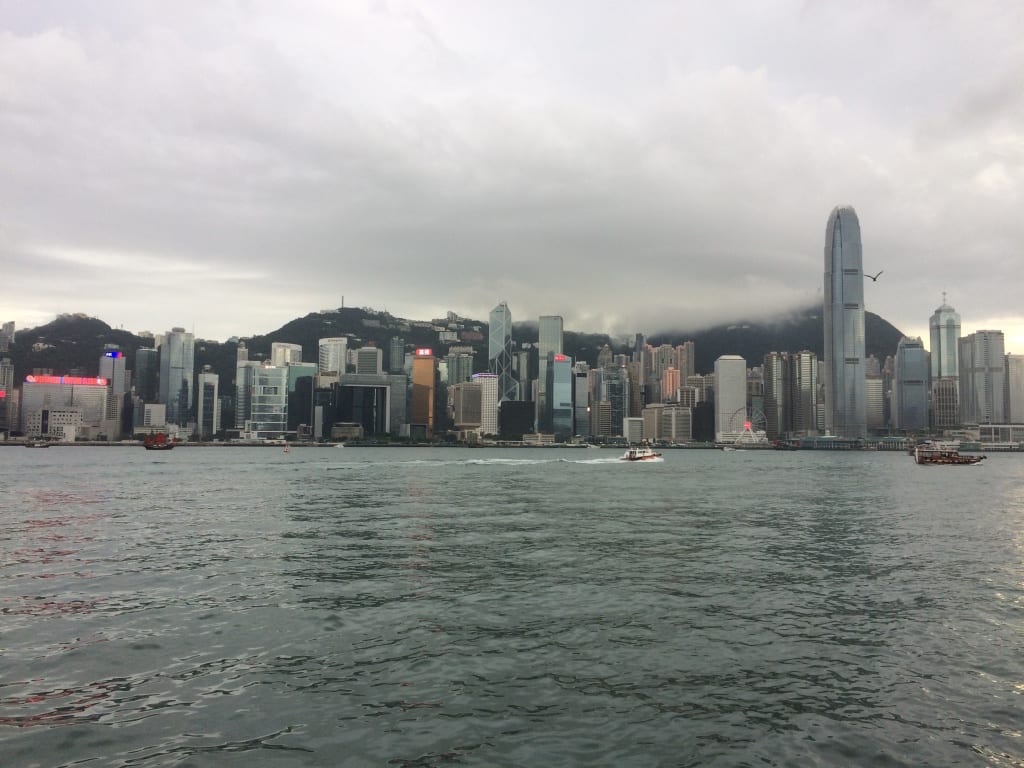 Caption: Mandarin Oriental, the short grey-black building between the ferry and ferris wheel

I spoke about the Mandarin Hotel, back then a tall building overlooking Victoria Harbor. “Now it looks like a dwarf,” I said. “There’ve been a lot of changes in China, too, from the photographs I’ve seen.” Then I smiled. “I suppose if we live long enough, we’ll all get questions like that. My mother just turned 96.”

“Wow, think about all the changes she’s seen,” he said.

Last week, having recovered from Hong-Kong-to-DC jetlag, I visited Mother and told her this story. “Oh yes,” she said, “I’ve seen a lot of changes. We didn’t get electricity on the farm until I was in the third grade. Can you imagine?” Mother shook her head.

“In the kitchen and one upstairs bathroom, cold running water only. For baths, we carried a pail of hot water upstairs. And our heat came from the wood-burning stove and furnace.”

“You used to snow-shoe to school, didn’t you?”

“Yes, we only drove the car during the summer. It was garaged in town during the winter. To get around, we used the horse-drawn sleigh.”

Mother chuckled. “We had a telephone though, on a party line. We could always tell when our uncle across the road was listening in, because we could hear his clock ticking. When we told him about it, he’d pretend he didn’t know what we were talking about. That’s what it was like back in the day.”

One morning during my stay in Hong Kong, I went to school with my granddaughter and Jessica’s live-in helper. While “Auntie” attended training, I stayed with Abigail along with the other Aunties, who watched the toddlers while checking their cellphones. When Abigail noticed her Auntie wasn’t there, she cried, “Auntie, Auntie, Auntie.” She curled in my lap, and we read two books, that is, until she noticed the other children playing with the purple play-doh.

While the toddlers played, the Auntie sitting next to me asked in halting English, “How old are you?

I tipped my head and said, “Sixty-seven.”

The Aunties discussed this information amongst themselves. Then the woman next to me said, “Young.”

I smiled, thinking, not really—I’ve lived all those years and have grey hair and wrinkles as proof.

As the Aunties’ attention returned to their cellphones, I thought, back in the day my family had only one phone on a party line…