Life doesn’t always give us what we expect 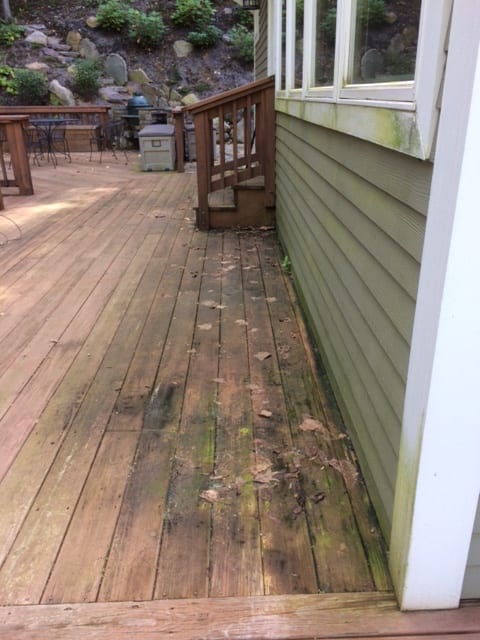 Sunshine returned to Vanaprastha on Friday morning, so I decided to feed the dogs outside. Unbeknownst to me, the past several days’ rain had created the perfect environment for mossy slime to grow on the north side of the deck, like moss growing on the north side of trees. I stepped outside the kitchen door with a bowl of fresh water for the dogs and slipped.

“Life doesn’t always give us what we expect,” writes The Atlantic religion contributor Jonathan Merritt in his latest book, Learning to Speak God from Scratch. I had the pleasure of attending Merritt’s sessions during the Festival of Faith and Writing this past spring. Of course, he wasn’t referring to accidental slips like mine but to human relationships.

Merritt writes, “People fail us. People hurt us. People lay us on the altars of their own selfishness. When you don’t get the desired result—you experience what researchers call a ‘reward-prediction error’—not only do your dopamine levels fall, they plummet from the heightened level generated by your expectations.”

To make matters worse, we don’t know how to talk about our humanity in spiritual terms. According to Google’s Ngram statistics, words like love, patience, gentleness, and faithfulness have decreased in usage significantly in the past several years.

“When we lose our spiritual vocabulary, we lose much more than words,” Merritt states. “We lose the power of speaking grace, forgiveness, love, and justice over others.”

Forgiveness—what makes me to slip more than anything.

In The Book of Forgiving, Desmond Tutu and his daughter Mpho Tutu write, “Because we are human, some of our interactions will go wrong, and then we will hurt or be hurt, or both. It is the nature of being human, and it is unavoidable. Forgiveness is the way we set those interactions right.”

Tutu outlines a Fourfold Path of forgiving: Tell the Story, Name the Hurt, Grant Forgiveness, and Renew or Release the Relationship. Telling the Story and Naming the Harm are tricky, at least they are for me, because it’s easy to wallow in self-pity, anger, and blame. Until I think about the other person as human or myself as perpetrator.

“The person who injured us also has a story,” Tutu writes. “They have wounded us because they have stood inside their own story and acted out of pain, shame, or ignorance. They have ignored our shared humanity. When we see pain in this way, we are able to see our common bond.”

Tutu’s forgiveness cycle is Christian-based but doesn’t require faith. He states, “…the ability to separate the sin from the sinner is not a matter of faith or religion; neither is forgiveness.”

But what if words like sin, sinner, and forgiveness are not part of our vocabulary?

I regained my footing, shook off the spilled water, and fumed. Slippery moss was not what I expected. If I’d fallen, I probably would have resorted to self-pity and blame, too.

“Forgive me, Lord,” I prayed, “and thank you for your protection.” 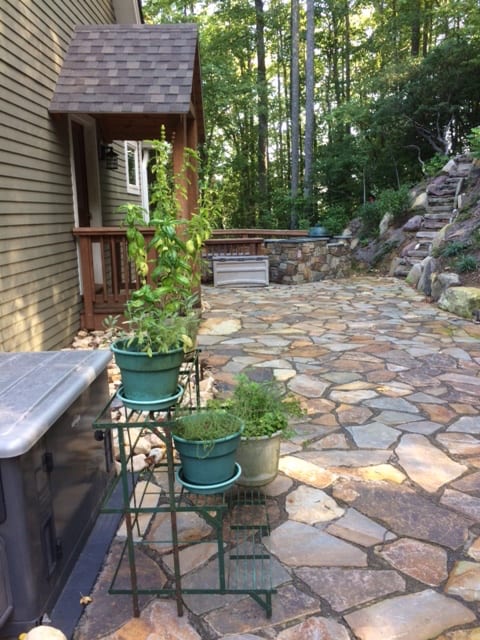 Later in the day, I warned Keith about the deck as he prepared a roast for the Big Green Egg. Then, upon his suggestion, I moved everything off the mossy areas, including my herb plant stand. The deck will have a better chance to dry.

It’s not for me to know why we slip. But I can shine a light on my expectations and illusions—what I hope is true rather than what is—then forgive myself and others.