Although I wrote here about my mother as one of my mentors, I think by definition she was more of a model to me. In some ways, I followed her example by becoming a teacher. Then while raising my children, I tried to replicate her wisdom. As a middle-aged woman, she went back to school in order to advance her career. I did somewhat the same in education at her age and again now as a writer. Both times, Mother’s courage was my ideal.

I’ve also written about my father as a guide, preparing and coaching us to climb Mt. Katahdin in Maine—see this post. By definition, I think my father was more of a mentor to me. He was the one I went to for advice when there was no set example, no model, and no marked trail.

Over the past several days, many Facebook and blog posts have featured loving pictures and fond stories about fathers—Father’s Day Level One, according to Brandon Adams, a young man who’s not so close with his dad. “Father’s Day isn’t a holiday that I get to celebrate with quite the same gushy giddiness as my friends,” he wrote in his post.

Level Two bloggers write about fathers who made mistakes or were absent. “It’s important to let the fatherless know that their pain and lack is seen and cared for by God,” Adams wrote.

He could have stopped there, with God’s grace flowing over all His children. But in Level Three, Adams had to recognize that God’s grace extended to his estranged father—and God’s mercy, too. Adams asked, “What right do I have to hold against my father a sin that God has forgiven?” 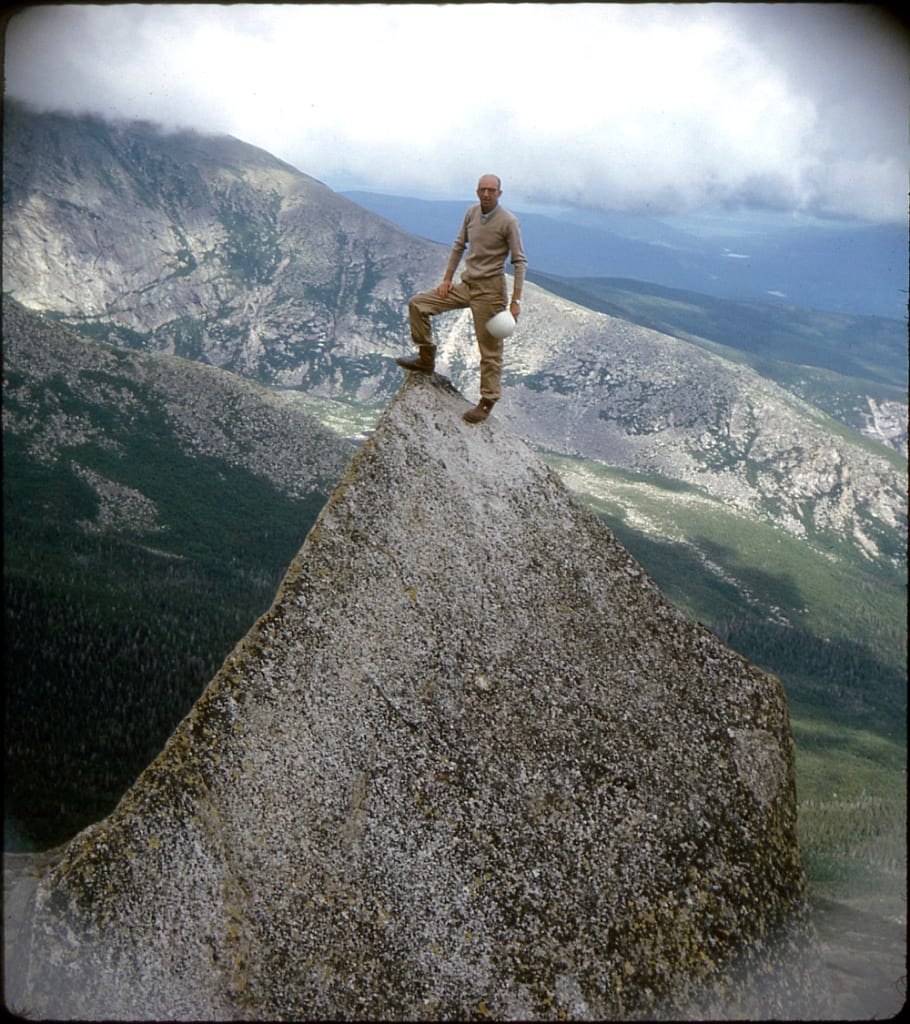 As I sat down this morning, I knew I could write a gushy Level One post. Because my father made some mistakes—we all do—I could have written a Level Two post, too. Level Three forgiveness is tough, because we want safety, to protect our injured pride, Adams admitted, we want God on our side.

When I look at this iconic picture of my father standing on Lookout Rock off Mt. Katahdin’s Dudley Trail, now closed due to unstable rock and debris, I remember all three levels: my father’s mentoring, my father’s foolhardiness, my Father’s grace and mercy.