I’d run a few too many errands last Thursday afternoon. So when Keith invited me for pizza at Blue Mountain Brewery, I weighed cooking with eating out and said yes to pizza.

“It’s early and shouldn’t be too crowded on an off-night,” he said.

I felt an end-of-the-day fatigue wash over me as we parked in the back lot and walked to the front of the restaurant. “I’m cranky,” I said, “but I’ve decided not to be.” Keith said thank you, and I chuckled. 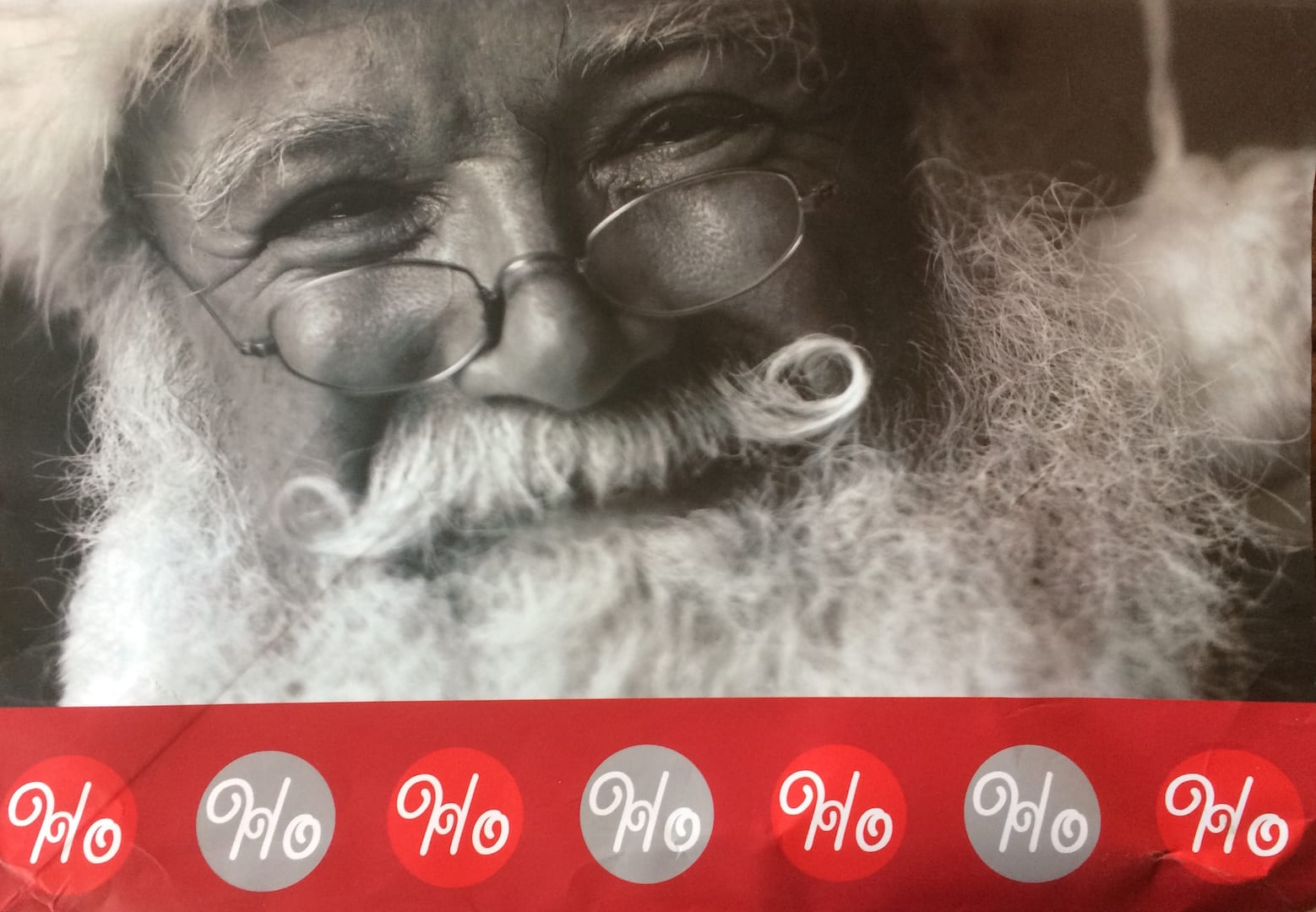 As we rounded the corner, we saw Santa stationed in the glass-in porch with photography lights for picture taking. There were kids and families with children everywhere. It was Santa night.

We waited at the hostess stand—there were two or three couples with babies in front of us. In the main dining room a toddler in a highchair shrieked inconsolably—a total meltdown. He pulled at this hair, face, and clothes, threw himself forward and back then went rigid.

I imagined what he’d say if he could talk. “It’s five-thirty, and I didn’t get my nap. Enough sitting on scary Santa’s lap! Enough smiling for the camera! Enough noise and people whizzing around! I don’t want to eat! I’m tired! I want to go home…”

The boy’s father struggled to put the little boy’s coat on him. Then the boy’s mother, clearly expecting another child, picked him up, comforted and took him home. Mom and Dad must have come in separate vehicles because Dad stayed behind to eat with their older son.

Keith and I were seated at a bar table for two tucked at the intersection of the main dining room, the stairs to the loft, and the hallway to the porch and large event hall, a bird’s eye view of the action. Santa’s helpers and wait staff zoomed around the packed restaurant. Servers carrying drinks, pizzas, and burgers navigated the moving bodies.

Two dads dressed in khakis swigged beers in the hallway while four little girls ran up, down, and around the ramp railing. “There’s a screamer,” I said to Keith, as one of the little girls let loose a high-pitched squeal. Other children raced up and down the loft stairs and across the dining rooms.

Toward the end of our meal, the crowd thinned and noise level dropped a bit. It was bath and bedtime for the little ones. Some of the older children were being corralled, too.

A stylishly hippy-looking mom appeared in the hallway. “Put on your jacket,” she said to one of the little girls, “it’s cold outside.”

“I don’t want to,” the little girl said.

“Suit yourself. Do you know where the other kids are?”

Our waiter apologized for the children’s commotion when he brought us a pizza box and check. “We raised a few of our own,” I said with a nod. “Does Santa only come here once a year?” I asked, and he said yes. “Thank goodness for you all—children, families, and Santa, too.”

In Matthew 19:14 Jesus said, “Let the little children come to me.” After laying hands on them, Jesus went on his way. Children were considered inconsequential at the time, our Bible Study teacher said during last week’s lesson, and children really aren’t that good. So it was not their goodness that Jesus was talking about, but their openness, trust, and spontaneity.

There sure was plenty of openness, trust, and spontaneity happening among the children on Santa Night. And I enjoyed every minute of it.