Early Friday morning, I boarded the Amtrak train heading to New York City for a Labor Day weekend visit with my daughter. The train was running an hour late; the trip would be longer. As soon as I found my seat, number 53 by the window, I settled in, ready to make the best of the unstructured time.

Next to me sat a middle-aged woman of Indian descent. She spoke to someone in English on her phone in a musical, halting accent. Then she read, as did I.

Three 20-something maybe college friends had claimed the row of seats in front of us. They talked and drank beer—for breakfast, I presumed—and the more beers the louder their banter. I shifted my iPad to block the running stream of talk, talk, talk and indulged in some not very kind thoughts, which probably showed on my face if anyone bothered to look.

At lunchtime, the smell of hamburger and French fries wafted through the car. The three loud mouths headed to the dining car for more beer, they said. I sighed with the pleasure of their departure.

In Accidental Saints: Finding God in All the Wrong People, Nadia Bolz-Weber recounted a story about not being able to minister to Larry, a member of her congregation. It wasn’t that he was obnoxious or anything. He just talked and talked and talked, wanting to connect perhaps more with her than with God. She felt uncomfortable around him. So she left his name off an email invitation to a retreat and made an excuse for not performing his shotgun wedding. Larry had been diagnosed with an inoperable brain tumor; he and his longtime girlfriend wanted to get married, which they did with someone else officiating.

When he died, Nadia knew she would not be able to comfort his wife until she’d confessed her sins of omission and commission regarding Larry. She called a friend and colleague and explained her dilemma. This was her friend’s reply:

I closed my eyes to savor those words. The train rocked slowly, and I dozed. Then I jolted awake. The three had returned; they’d been asked to leave the dining car.

For the rest of the train ride, I wavered between silent reading and internal fussing, knowing full well that I was missing the message right in front of me. 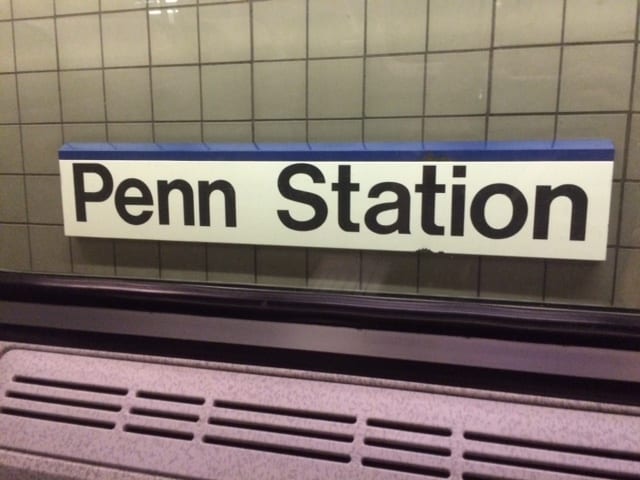 When the train pulled into Penn Station, the woman next to me stood and collected her belongings, ready to depart. I followed behind as did the three friends, their blabber unabated. We five with baggage lined the aisle like connected railroad cars. The Indian woman turned and glanced over my shoulder at the three then looked me in the eye. Recognition passed between us.

We smiled and nodded just enough to acknowledge that understanding then stepped off the train into the clang, chug, smoke, and steam of life.