Yesterday after church, Keith and I sat down to a meal of brats, black-eyed peas (actually a high fiber bean), greens, and cornbread. Though a born-and-raised New Englander, I began to follow this cultural tradition after moving to the South several years ago. Black-eyed peas and greens are believed to bring people good luck and prosperity in the New Year—and it’s a nutritious meal, too.

Making New Year’s resolutions is another cultural tradition, one that dates back to Biblical times. Like our predecessors, we promise to pay back debts, break bad habits, or improve ourselves by setting personal goals—mostly to lose weight or exercise more.

This year, I decided to make one resolution, only one: Thy Will Be Done.

That phrase from the Lord’s Prayer flies off the tip of my tongue with memorized ease. Yet when I stop to think, it’s the most frightening “rebuild” imaginable—God’s Will, not mine. It’s also the most hopeful.

In his New Year’s reflection, Richard Rohr wrote about being a leaven within one’s culture rather than a reflection. How? “It’s time to rebuild from the bottom up,” he said. “If the foundation is not solid and sure, everything we try to build on top of it is weak and ineffective.” 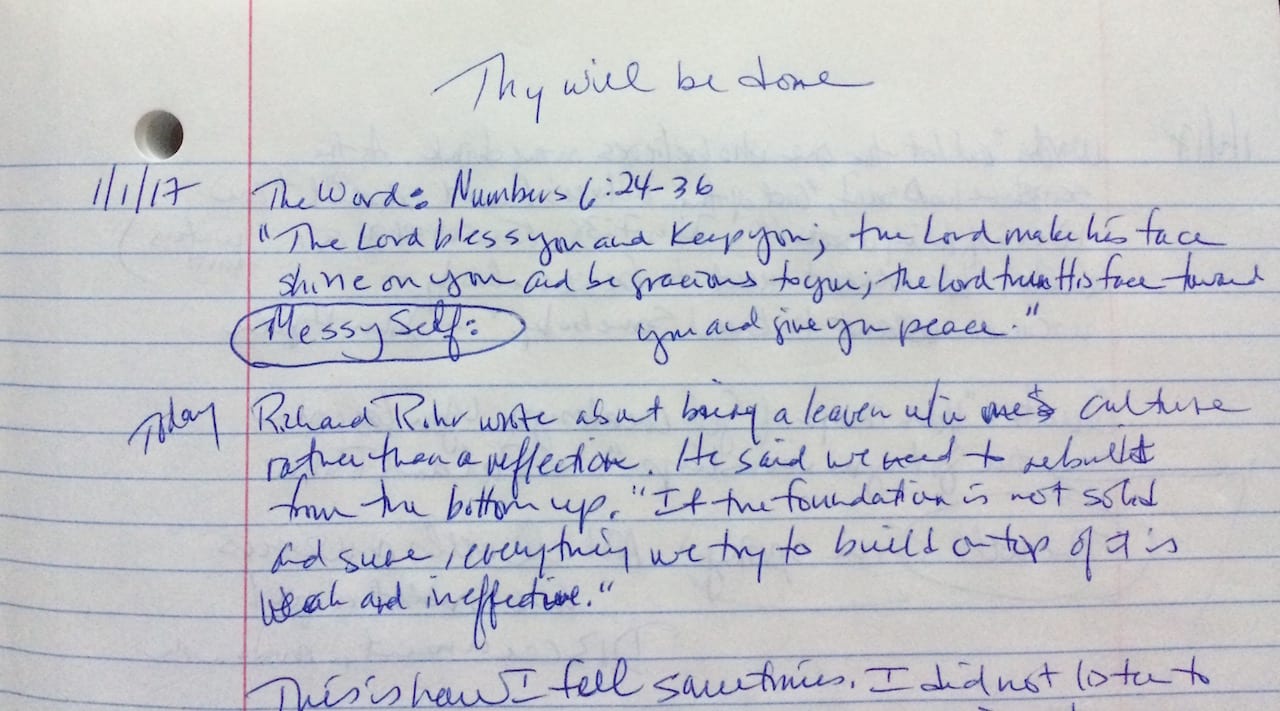 So on the 500th anniversary of Martin Luther’s 95 Theses, a reformation, I have resolved to start my day on a foundation of Scripture, faith meditations, and journaling. Instead of putting my hope for the New Year in black-eyed peas and greens, I am going to keep a personal journal for the first time in my life. I’ll start with a Bible verse and maybe a quote from one of the devotionals or blogs I read every morning then scribble my messy thoughts.

Thy will be done.

While exercising that good habit, I’m bound to get in better shape, spiritually, intellectually, socially, and physically. I might become leaven rather than a reflection of my culture. And during the rebuild process, I might even shed a little weight.