What I’d been waiting for

She had been a folk singer of note, our guide Graham Bruce said, then “something happened in her life.” That was my first clue. Now Ann worked at the hotel, waiting tables. But when Graham asked to her sing for us, she agreed.

Keith and I sat with other members of our group in the small lobby of the Balmacara, a Highlands hotel in Kyle of Lochalsh, Scotland. While we waited, we sipped whiskey or wine and chatted with one another about what we’d seen in the past two days: Loch Lomond and Eilean Donan Castle, the Isle of Skye and Dunvegan Castle with gardens. Dinner smells—potato-leek soup, pot roast and vegetables—wafted from the adjoining dining room.

At 5:15, as promised, Ann arrived, carrying her guitar. She propped it in a corner in front of the bar and pulled up a regular chair. “I’m not able to sit on bar stools anymore,” she said apologetically.

She was petite, her movements efficient. Her black pants and a bright white blouse complemented her chin-length bob of silver-white hair and olive skin. She gazed at the growing number of people in the lobby through large brown eyes.

After singing a Scottish folk song punctuated by a pair of percussive spoons she’d grabbed from behind the bar, Ann sang an acapella French melody, reading the lyrics from a page a notebook paper. Then she sat, donned a neck harmonica, picked up her guitar, and strummed the opening chords to Neil Young’s “Helpless.”

Blue, blue windows behind the stars, Yellow moon on the rise, Big birds flying across the sky, Throwing shadows on our eyes. Leave us…

Acknowledging our appreciation, Ann took off the harmonica. “The next song is one of my own,” she said, again almost apologetically. She told us it was the story about her finding Jesus.

“You are all I’ve been waiting for,” she sang in the chorus.

This was what I’d been waiting for.

While flying to and from Scotland, I read Christian Wiman’s My Bright Abyss: Meditation of a Modern Believer. “Life tears us apart,” he wrote in one of his essays,” but through these wounds, if we have tended them, love may enter us. It may be the love of someone you have lost. It may be the love of your own spirit for the self that at times you think you hate. However it comes though, in all these… there burns the abiding love of God.” 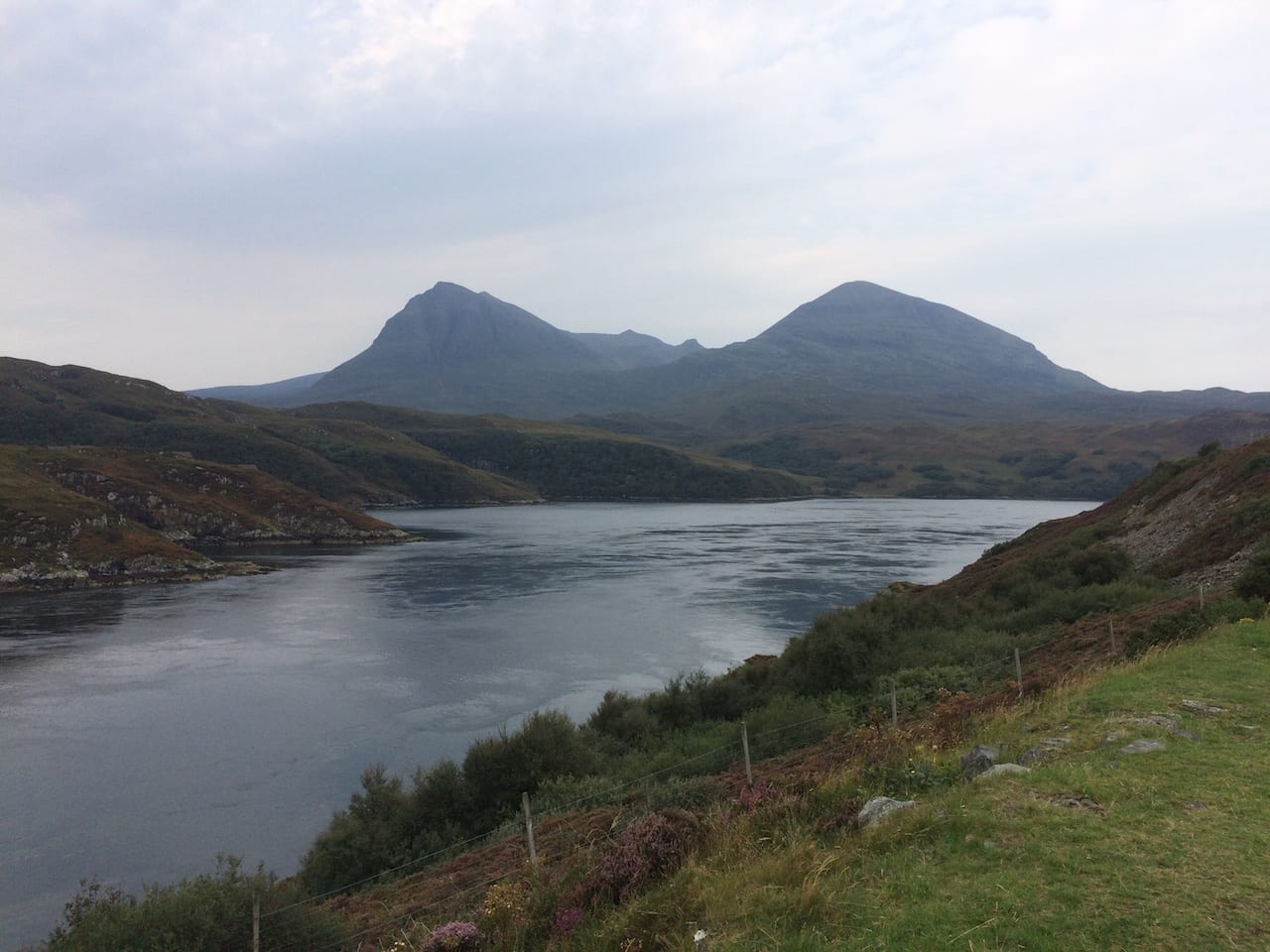 For her last song, Ann and Graham sang a Scottish lullaby, whose repetitive lyrics echoed themes of love, longing, and loss—Scotland’s Lowlands, Highlands, and Lochs.

Something happened in her life.

After long applause and several pound-sterling tips humbly received, Ann packed up her guitar and harmonica. She returned to serve us dinner in the hotel dining room.

In truth, she had already served us well.