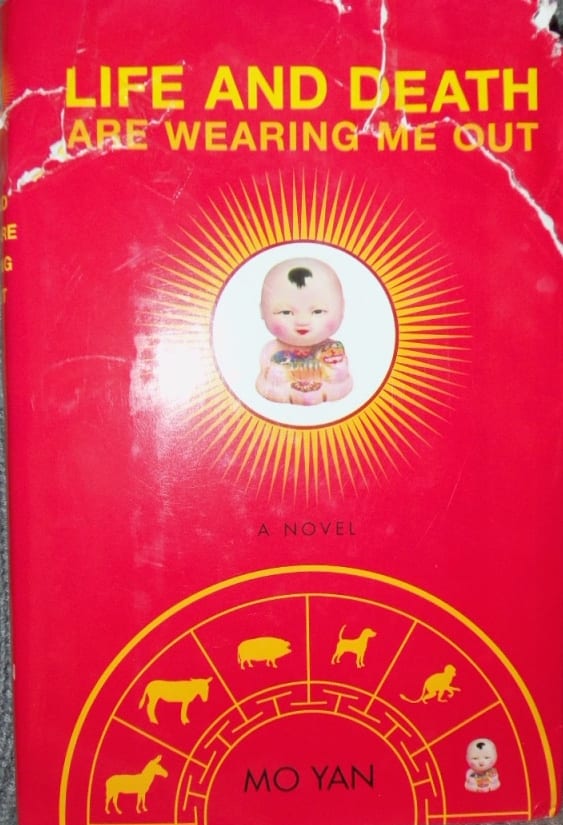 A wealthy landlord, Ximen Nao, is shot and killed by one of his fellow villagers as part of land reform after the Communist takeover in China. Ximen Nao sees himself as an honest, hard-working man, a good son, devoted father, a loving spouse to his wife and two concubines, and argues with Lord Yama (lord of the underworld) against the injustice. Yama grants him a succession of reincarnations. Ximen Nao returns to earth first as a donkey. Thus begins Nobel Prize winning author (pen name) Mo Yan’s novel Life and Death are Wearing Me Out, a narrative about China’s turbulent history told in the style of magical realism and from various points of view, including animal and human narrators.

“When she was about sixty-eight years old, Brave Orchid took a day off to wait at San Francisco International Airport for the plane that was bringing her sister to the United States. She had not seen Moon Orchid for thirty years. She had begun this waiting at home, getting up a half hour before Moon Orchid’s plane took off in Hong Kong. Brave Orchid would add her will power to the forces that keep an airplane up. Her head hurt with the concentration. The plane had to be light, so no matter how tired she felt, she dared not rest her spirit on a wing but continuously and gently pushed up on the plane’s belly. She had already been waiting at the airport for nine hours. She was wakeful.”

I smile whenever I read this paragraph. Seeing Brave Orchid use her will power to keep that plane in the air, I recognize my own magical realism. How many nights have I stayed awake, thinking the world will be safe if I worry enough? Maybe I should write a book titled: Holding Up the World is Wearing Me Out.

Writing from different points of view can bring characters to life. Readers hear the characters’ voices and view the world through their eyes. And when I make myself into a character, I might recognize what Richard Rohr and others have called the “shadow self,” the person made of clay, not evil but someone I don’t want others to see.