The Way of Nature

Early Thursday morning, as I drove the truck down the mountain, heading to class in Charlottesville, I noticed a box turtle poised on the side of the road. I thought of a previous post I’d written about interfering with nature. Since those of us who live on the mountain coexist well with forest creatures, and the turtle was easy to spot, I bid it a good life and continued on my way. I did not take into the account the turtle’s vulnerability to predators on the open road. 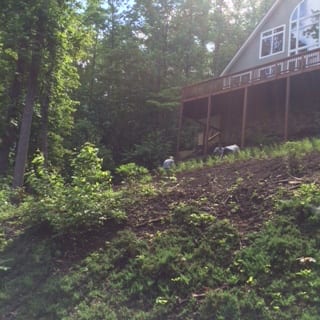 Last week, landscapers began installing a meadow over the septic drain field in front of our house here at Vanaprastha. Native plants will attract butterflies, lizards, and other small wildlife plus help us deal with ongoing erosion. But soil prep and planting unsettled the earth and disturbed some critters including snakes—garter, black, and copperhead. The crew said, except for the copperhead, they’d leave them alone. And that was fine with me especially since I’d had a close encounter with a copperhead and our dog Freya suffered a snakebite two years ago.

When I got home on Thursday afternoon, the crew told me they’d seen a large copperhead out in the open near the edge of the driveway. They were about to dispatch the shy but poisonous snake, trying to escape the action, when suddenly a hawk swooped down and grabbed it. Gone.

This is the way of nature.

Friday morning, Heathcliff and I walked down the mountain to mail a letter. Blackberry blossoms scented the air, and the roar of the stream carrying runoff from the week’s rain outcompeted the sound of birdcalls and rustling leaves. Towards the bottom, along the roadside where I’d seen the turtle the previous day, we saw its empty shell. The intact, whistle-clean condition of the shell pointed not to vehicular death but to other creatures feasting on the turtle, perhaps a coyote, raccoon, skunk, turkey—we see aplenty—possum, fox, snake or bird of prey.

On our drive to church yesterday morning, Keith and I came around a curve and saw a squirrel in the middle of the road. It scurried left then right then left then right, in total panic. Although I slowed, trying not to confuse the squirrel with a sudden move, the poor thing ran straight under our car’s front tire. Thump.

Should I have swerved to try to save the squirrel and risked my life, Keith’s and possibly others? Should I have stopped and moved the turtle on the mountain road? Am I responsible for the copperhead’s death because of disruptive landscaping?

We did not see the dead squirrel in the road on our way home from church. Perhaps crows or turkey vultures had already dragged the carrion off and picked it clean. But midway up the mountain, we came upon a small box turtle in the middle of the road. I stopped, and Keith picked up the young turtle. He put it on the floor of the car in front of his seat then let it go in the woods on our property. Turtles are omnivores, eating almost anything—plants, worms, beetles, and carrion. Some eat snakes, birds, and even other turtles. 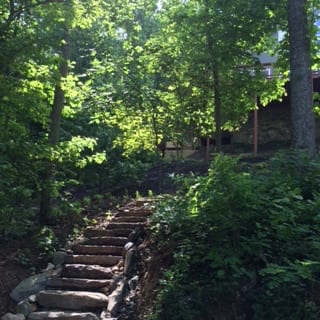 Living things must die for living things to eat. Death supports life. This is the way of nature.