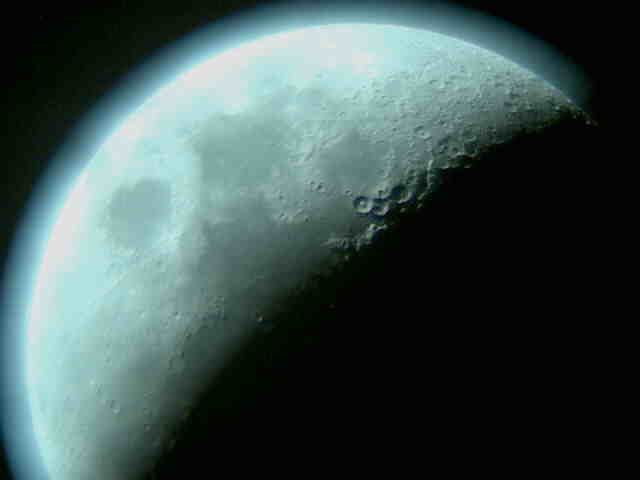 Once in a blue moon happened last week, something seldom, rare, occurring almost never or not at all. Well, not exactly. Actually, blue moons happen relatively often.

A blue moon is either the second of two full moons in a calendar month or the third of four full moons in a season – winter, spring, summer or fall. Last week’s was the latter, and that happens every two-three years. The last blue moon of the latter definition occurred on November 21, 2010, and the next will occur on July 31, 2015. There can be two calendar month blue moons (first definition) in a single calendar year – it happened in 1999 and will happen again in 2018. In this case, there is no full moon in February, but two in January and two in March.

The expression ‘blue moon’ came from a 1946 article in Sky and Telescope magazine – the article titled “Once in the Blue Moon” by James Hugh Pruett and his reference to the Maine Farmer’s Almanac. Earth Sky picks up the story:

“EarthSky’s Deborah Byrd happened upon a copy of this old 1946 issue of Sky and Telescope in the stacks of the Peridier Library at the University of Texas Astronomy Department in the late 1970s. Afterward, she began using the term Blue Moon to describe the second full moon in a calendar month on the radio. Later, this definition of Blue Moon was also popularized by a book for children by Margot McLoon-Basta and Alice Sigel, called “Kids’ World Almanac of Records and Facts,” published in New York by World Almanac Publications, in 1985. The second-full-moon-in-a-month definition was also used in the board game Trivial Pursuit.”

The moon isn’t really a blue moon, although it can appear that way due to volcanic or forest fire ash or dust in the atmosphere. And it can feel blue – as in Rodgers and Hart’s song:

What is rare about a blue moon is having a monthly and a seasonal in the same calendar year – that is, 13 full moons in the year and 13 full moons between December solstices. When will this next happen? 2048 – see you then!