How do people respond to crises? What brings out the best and the worst in people? Who stays calm? Who barks commands? Who screams and panics? 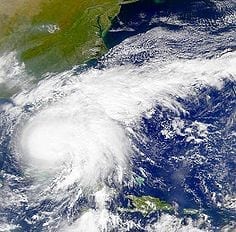 Recently, a friend of mine told me a story about a workshop where attendees were grouped by Enneagram and given this scenario:

Everyone is going to dinner at a restaurant tonight. What do you need to do to get ready?

Perfectionist Ones worried about what to wear and if there would be parking. Helper Twos called two or three colleagues, knowing that they would need assurance. Success-oriented Motivator Threes called the restaurant to make sure that they were serving only the best! The Individualist “Drama Queen” Four said that no restaurant would be good enough, and she would hold the party at her house. Perceptive Investigator Five looked up from his philosophy book, got ready and went. Trooper Sixes loyally backed leadership’s decision to have the party at the restaurant. Playful Epicurean Sevens enthusiastically said, “Let’s Party!” Leader/Boss Eights rolled their eyeballs and said, “We don’t know what your problem is. Just go to the party.” And, of course, that prompted the Peacemaking Mediator Nines to get ready for conflict and arguments.

It doesn’t take an earthquake or other natural disasters to create stress, but awareness and preparedness bring out the best in me. As a One with a Two-wing, here’s the hurricane list that I sent to my children this morning: